On Thursday August 17, 2017 at approximately 11:00 PM, The Douglas County Sheriff’s Office Patrol Division recovered a child’s bicycle on the side of Fairburn Road in the area of the Douglasville Police Department. If this bicycle belongs to you or your child please contact Investigator Joshua Skinner at 678-486-1280 or jnskinner@sheriff.douglas.ga.us with a correct description and the bike will be returned.

Due to hurricane relief efforts, this event has been postponed until further notice.

DCSO Sgt. Jesse Hambrick will be speaking at this event on August 31.

On 08/09/2017, two men robbed the AT&T store on Thornton Rd. at gunpoint, demanding money and taking iPhones. The suspects then fled, but were spotted a short distance away on Skyview near Thornton. Deputy Manson and Master Sgt. Leaman attempted to pull the suspects’ car over, but the suspects fled, instead. A chase ensued and ended with a PIT maneuver near Thornton and Interstate West Parkway. Both men were taken into custody without further incident, and have been charged with armed robbery. The driver also has charges of theft, possession of a firearm during a crime, and felony fleeing and eluding.

On July 25, 2017, Douglas County Sheriff’s Deputies responded to the Reserve at Sweetwater Apartments in Austell, Georgia to a reported sexual assault. A suspect was identified during the investigation as Adedoja Olaniyi Bah, a 30 year old male. Bah was arrested and charged with Rape, Battery and other sexual related charges and later appeared before the Magistrate Judge on July 26, 2017.

Adedoja Bah, not a citizen of the United States, was visiting the U.S. temporarily during the commission of these crimes. He is originally from Nigeria, last living in Japan. The case investigator is working closely with an Immigration agent as the investigation is ongoing to include international information on Bah and completion of follow up into the sexual assault investigation here in Douglas County.

Adedoja Olaniyi Bah is currently being held at the Douglas County Jail without bond.

A Special Birthday for a Special Girl

Karma Lilly Little celebrated her 7th birthday in a very special way on August 5th. She has been battling has been battling Stage 4 High Risk Neuroblastoma non-stop since she was diagnosed at age 3. Karma Lilly and her family recently met and became friends with Deputy Larry Waters, and invited him to her “Alice in Wonderland” themed birthday party. What Karma didn’t know was that other law enforcement officers from around the area would be there, too.

Karma is a huge fan of law enforcement, and collects patches and challenge coins. While in Atlanta for treatment, she befriended Atlanta Police Chief Chief Erika Shields and was made an honorary APD officer. The New York City Police Department has also extended her the same honor, along with her own NYPD uniform.

Thank you to Firehouse Subs for providing 40 cases of donated water to the Sheriff’s Office. Every year, Firehouse Subs runs a donation campaign where customers can bring in an unopened 24-count case of water in exchange for a sub sandwich. Read more about Firehouse Subs’ H2O program on their website.

Sheriff Tim Pounds and members of the SCOPE, SCORPION and Patrol divisions held a community cookout at Anneewakee Trails/Falls on Saturday, July 29th. The Sheriff manned the grill along with DA Brian Fortner and Solicitor General Matthew Krull. There were around 450 attendees to the event. Sheriff Pounds is committed to being more active in the Douglas County communities. He wants residents and citizens, especially the kids, to have more positive interactions with the sheriff’s office, and plans to host more community cookout events throughout the rest of the summer. Please contact Lt. Elmer Horn at 678-486-1200 or ehorn@sheriff.douglas.ga.us to learn more about the community cookouts.

Shamari Unique Malazia Younkins, 14 years of age, was last seen 07/20/2017 at her residence in Douglas County. She was last seen wearing a black shirt with the word B.O.S.S. and black pants. Her hair is worn in long braids that hang past her shoulders. She is approximately 5’4 and weighs 145 lbs. 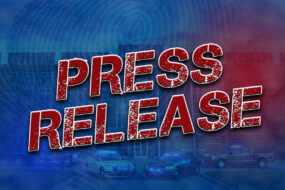 Douglasville, Georgia, The Douglas County Sheriff’s Office announced today that it has been awarded a major traffic enforcement grant... 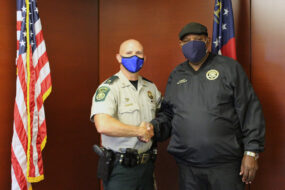 Sheriff Tim Pounds and staff would like to congratulate Dep. Fredenburg on his recent promotion to Sergeant. He has... 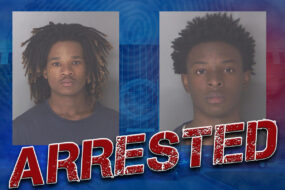 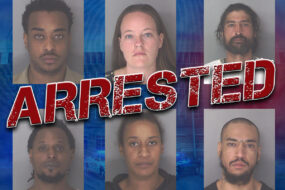 During the midst of the current COVID-19 pandemic, and all the issues surrounding the virus, the Douglas County Sheriff’s...