Agents with the Douglas County Sheriff’s Office Special Investigation Division began an investigation in July of 2017 into Patrick Oakley of Douglasville, Georgia after a complaint was received from a concerned citizen about illegal activity. The complaint was that Patrick was selling Alprazolam (Xanax) pills and Marijuana that he gets delivered through the U.S. mail. As a result of this investigation Agents were able to purchase both Xanax and Marijuana from Patrick on two separate occasions.

Agents working with the United States Postal Service were also able to intercept packages that were scheduled to be delivered to Patrick Oakley at his residence in Douglasville, and these packages contained approximately 262 Alprazolam “Xanax” pills and blister packs containing Tramadol, a commonly abused pain reliever. These items were seized by the postal inspector and turned over to the Sheriff’s Office Investigator.

On September 28, 2017 agents of the Special Investigations unit and the Crime Suppression unit served arrest warrants and a search warrant at Oakley’s residence on in Douglasville, Georgia. During the execution of these warrants there was marijuana in plain view on a desk in the residence. The marijuana weighed approximately five (5) grams. Pipes with marijuana residue and rolling papers were also present with the marijuana.

Another resident of the address searched, Chandler Davis, was charged with misdemeanor marijuana (5 grams) and drug related objects for the marijuana located in the residence.

Patrick Oakley was charged with numerous felonies that include: 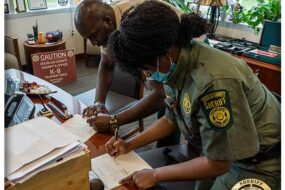 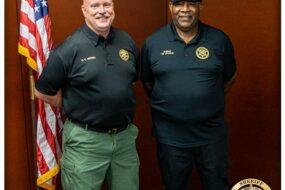 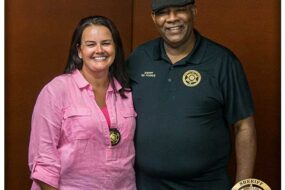