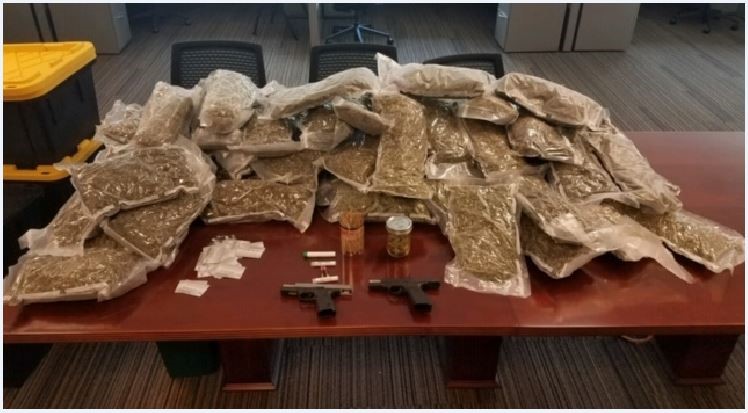 Click on the links below to read more about the commonly abused drugs in our area. 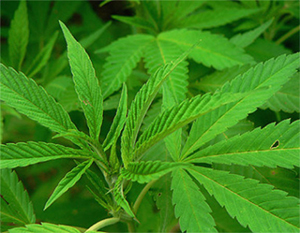 Cannabis (marijuana), a fast-growing bushy annual with dense sticky flowers. The resinous form of the drug is known as hashish (or merely as ‘hash’). The major psychoactive chemical compound in cannabis is Δ9-tetrahydrocannabinol (commonly abbreviated as THC). Cannabis contains more than 400 different  chemical compounds, including at least 66 other cannabinoids (cannabidiol (CBD), cannabinol(CBN) and tetrahydrocannabivarin (THCV), etc.) which can result in different effects from those of THC alone. Cannabis is the most widely used illegal psychoactive and has a long history of medicinal, recreational, and industrial use.

Cannabis has psychoactive and physiological effects when consumed. The minimum amount of THC required to have a perceptible psychoactive effect is about 10 micrograms per kilogram of body weight. Aside from a subjective change in perception and, most notably, mood, the most common short-term physical and neurological effects include increased heart rate, lowered blood pressure, impairment of short-term and working memory, psychomotor coordination, and concentration. Long-term effects are less clear.

The smoking of cannabis is the most harmful method of consumption, as the inhalation of smoke from organic materials can cause various health problems. 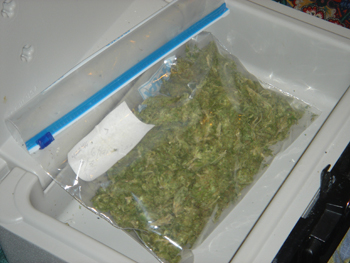 THC and its major (inactive) metabolite, THC-COOH, can be quantitated in blood, urine, hair, oral fluid or sweat using chromatographic techniques as part of a drug use testing program or a forensic investigation of a traffic or other criminal offense. The concentrations obtained from such analyses can often be helpful in distinguishing active use from passive exposure, prescription use from illicit use, elapsed time since use, and extent or duration of use. These tests cannot, however, distinguish authorized cannabis smoking for medical purposes from unauthorized recreational smoking. Commercial cannabinoid immunoassays, often employed as the initial screening method when testing physiological specimens for marijuana presence, have different degrees of cross-reactivity with THC and its metabolites. Urine contains predominantly THC-COOH, while hair, oral fluid and sweat contain primarily THC. Blood may contain both substances, with the relative amounts dependent on the recency and extent of usage. 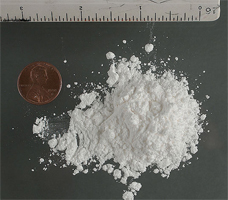 Cocaine is a central nervous system stimulant that is produced in South America using the leaves of the coca plant. When cocaine is introduced to the body it causes the brain to release chemicals causing a high that is described as “rush”. It can cause increased energy and alertness, feelings of supremacy and even a euphoric high.

Cocaine commonly comes in two forms usually referred to as “powder” and “crack”. The powder form of cocaine is water soluble and is commonly ingested by inhalation though the nose or injection with a needle. “Crack” is most commonly smoked in a pipe called a “straight shooter”, and in some extreme cases can be injected as well. Depending on the quality of the drug and how it is used, cocaine high can last for a few minutes up to a few hours.

The negative cocaine side effects include extreme and in some cases instantaneous addiction, insomnia, nose bleeds, erratic behavior, heart problems, paranoia, weight loss and extreme anxiety. Users that abuse cocaine with a needle also risk health problems that are commonly associated with improper needle use. 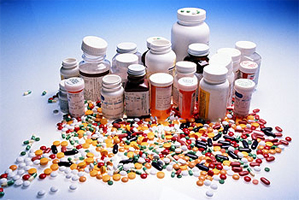 Substance abuse of prescription pills, also known as drug abuse, refers to a maladaptive pattern of use of a substance that is not considered dependent. The term “drug abuse” does not exclude dependency, but is otherwise used in a similar manner in nonmedical contexts. The terms have a huge range of definitions related to taking a psychoactive drug or performance enhancing drug for a non-therapeutic or non-medical effect. All of these definitions imply a negative judgment of the drug use in question (compare with the term responsible drug use for alternative views). Some of the drugs most often associated with this term include barbiturates, benzodiazepines, methaqualone, and opioids. Use of these drugs may lead to criminal penalty in addition to possible physical, social, and psychological harm, both strongly depending on local jurisdiction. Other definitions of drug abuse fall into four main categories: public health definitions, mass communication and vernacular usage, medical definitions, and political and criminal justice definitions.

Drug misuse is a term used commonly for prescription medications with clinical efficacy but abuse potential and known adverse effects linked to improper use, such as psychiatric medications with sedative, anxiolytic, analgesic, or stimulant properties. Prescription misuse has been variably and inconsistently defined based on drug prescription status, the uses that occur without a prescription, intentional use to achieve intoxicating effects, route of administration, co-ingestion with , and the presence or absence of abuse or dependence symptoms. Tolerance relates to the pharmacological property of substances in which chronic use leads to a change in the central nervous system, meaning that more of the substance is needed in order to produce desired effects. Stopping or reducing the use of this substance would cause withdrawal symptoms to occur. 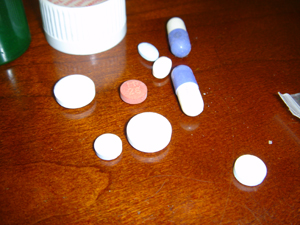 There is a high rate of suicide in drug abusers. The reasons believed to cause the increased risk of suicide include the long-term abuse of drugs causing physiological distortion of brain chemistry as well as the social isolation. Another factor is the acute intoxicating effects of the drugs may make suicide more likely to occur. Suicide is also very common in adolescent abusers, with 1 in 4 suicides in adolescents being related to abuse. In the USA approximately 30 percent of suicides are related to abuse. abuse is also associated with increased risks of committing criminal offences including child abuse, domestic violence, rapes, burglaries and assaults.

Drug abuse, including and prescription drugs can induce symptomatology which resembles mental illness. This can occur both in the intoxicated state and also during the withdrawal state. In some cases these substance induced psychiatric disorders can persist long after detoxification, such as prolonged psychosis or depression. A protracted withdrawal syndrome can also occur with symptoms persisting for months after cessation of use. Benzodiazepines are the most notable drug for inducing prolonged withdrawal effects with symptoms sometimes persisting for years after cessation of use. Abuse of hallucinogens can trigger delusional and other psychotic phenomena long after cessation of use and may trigger panic attacks during intoxication and with use it may cause a state similar to dysthymia. Severe anxiety and depression are commonly induced by sustained abuse which in most cases abates with prolonged abstinence. Even moderate sustained use may increase anxiety and depression levels in some individuals. In most cases these drug induced psychiatric disorders fade away with prolonged abstinence.

Drug abuse makes central nervous system (CNS) effects, which produce changes in mood, levels of awareness or perceptions and sensations. Most of these drugs also alter systems other than the CNS. Some of these are often thought of as being abused. Some drugs appear to be more likely to lead to uncontrolled use than others.

The ability to recognize the signs of drug use or the symptoms of drug use in family members by parents and spouses has been affected significantly by the emergence of home drug test technology which helps identify recent use of common street and prescription drugs with near lab quality accuracy. 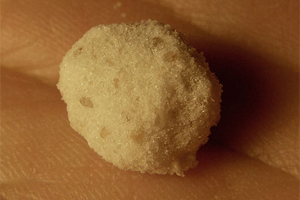 MDMA (3,4-Methylenedioxymethamphetamine) – colloquially known as ecstasy, often abbreviated “E” or “X” – is an entactogenic drug of the phenethylamine and amphetamine class of drugs. MDMA can induce euphoria, a sense of intimacy with others, and diminished anxiety.

MDMA is criminalized in most countries under a United Nations (U.N.) agreement, and its possession, manufacture, or sale may result in criminal prosecution, although some limited exceptions exist for scientific and medical research. MDMA is one of the most widely used recreational drugs in the world and is taken in a variety of contexts far removed from its roots in psychotherapeutic settings.

MDMA reaches maximal concentrations in the blood stream between 1.5 and 3 hours after ingestion. It is then slowly metabolized and excreted, with levels decreasing to half their peak concentration over approximately 8 hours. Thus, there are still high MDMA levels in the body when the experiential effects have mostly ended, indicating that acute tolerance has developed to the actions of MDMA. Taking additional supplements of MDMA at this point therefore produces higher concentrations of MDMA in the blood and brain than might be expected based on the perceived effects.

The primary effects attributable to MDMA consumption are predictable and fairly consistent amongst users. Generally, users report feeling effects within 30–60 minutes of consumption, hitting a peak at approximately 1–1.5 hours, reaching a plateau that lasts about 2–3 hours, followed by a comedown of a few hours which may be accompanied by fatigue and minor effects.

The most common effects reported by users include: 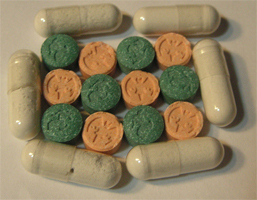 Upon overdose, the potentially serious serotonin syndrome, stimulant psychosis, and/or hypertensive crisis, among other dangerous adverse reactions, may come to prominence, the symptoms of which can include the following: