On 02/22/2018, the Douglas County Sheriff’s Office, along with the Georgia State Patrol, and Douglas County Fire and EMS, was called to the scene of a wreck on I-20 between Thornton Rd. and Lee Rd. A disabled vehicle parked in the emergency lane was struck by a tractor-trailer traveling west on I-20. After the impact, the 18-wheeler jackknifed into the trees and the cab came to rest over the side of the embankment. Both drivers miraculously survived the crash.

Disc golf is coming soon to the Dog River Library property, and one of our inmate work crews helped to install the tee boxes and other permanent equipment.

The Douglas County Sheriff’s Office has chartered a law enforcement Explorer Post for approximately 20 years.  The Explorer Program is a division of the Boy Scouts of America, but is open to both boys and girls age 14 through 20, that are interested in learning more about law enforcement and team building. The program instills ethics, good conduct, respect for others, and honesty which are the values of the Boy Scouts of America and the Douglas County Sheriff’s Office.  The Explorers train year-round to compete each February at Winterfest, which is a national competition held in Gatlinburg, TN.  Winterfest is growing each year; in fact, this year it was reported to be the largest turnout in the competition’s history with over 3,500 in attendance.  There were 103 teams competing, representing 85 agencies and 14 states.

The Douglas County Sheriff’s Office Explorers competed in the following events and the results are as follows:

We are very proud of their accomplishments and they are aware of the areas in which they need to improve to do better next year.  If you know or have a child that has an interest in a law enforcement career and would like to participate in our Explorer Program, please contact Lt. Elmer Horn at 770-486-1200 or by email at ehorn@sheriff.douglas.ga.us for more information.

Rhiannon Lee Evans, 17 years of age, was last seen 01/29/2018 at her residence in Douglas County, GA. Her clothing description is unknown. Rhiannon’s hair is brown with blue highlights. She is approximately 5’8 and weighs 165 lbs.

On February 3, 2018, at approximately 7:45 PM a veteran deputy of the Douglas County Sheriff’s office who is assigned to the Governor’s Office of Highway Safety H.E.A.T. unit identified a gray 2006 Infiniti M 35 traveling south on Thornton Road in the area of W. Fork Blvd. A speed detection device was used to identify the vehicle’s speed at 69mph in a 45 mph zone. The deputy attempted a traffic stop on this vehicle and both the deputy and the gray Infiniti pulled into the Quiktrip parking lot located at the intersection of Maxham Road and Thornton. As the deputy began to exit his vehicle the driver sped off through the parking lot and back onto Thornton Road in a reckless manner southbound initiating a pursuit. Based on the driver’s reckless driving and the fact that the deputy was able to see the driver as the only occupant of the vehicle, the pursuit was allowed to continue for approximately 3 miles. During this time the driver weaved in and out of traffic in an aggressive manner exceeding the speed limit and putting the public at risk. At one point the driver drove onto the concrete median separating the north and southbound lanes of Thornton Road. Once the vehicle crossed over Interstate 20 the vehicle lost a rear wheel and tire causing an increased risk to the motoring public. Based on these facts the deputy was authorized to utilize a P.I.T. maneuver and end the pursuit. Prior to being able to utilize the P.I.T. maneuver the driver of the vehicle failed to yield to a red-light and crossed into the intersection striking the trailer of a semi tractor-trailer that was crossing through the intersection. The vehicle traveled underneath the semi tractor-trailer until it came to rest on the other side and caught fire. It was then that pursuing deputies realized that the vehicle was also occupied by four children under the age of 16. The driver of the vehicle as well as the front passenger, a 10-year-old child, we’re both killed as a result of the accident. Without regard for their own safety, deputies were able to remove the remaining children from the burning vehicle as well as extinguish the fire.

The driver of the vehicle has been identified as Billy Frazier, age 30 of Atlanta, Georgia. At the time of the accident Mr. Frazier was driving on a suspended license, was on active probation in the state of Georgia, and was in possession of a stolen handgun. Mr. Frazier also possessed with the intent to distribute a large quantity of prescription medications, MDMA (Ecstasy), Cocaine and crack cocaine, Methamphetamine, and marijuana.

The accident scene and its follow up investigation were turned over to the Georgia State Patrol.

Prior to January 31st, 2018 a large scale narcotics investigation was being conducted by the Special Investigations Unit (SID) of the Douglas County Sheriff’s Office into a home located at 9103 Timmons Circle in Villa Rica, Ga were it is believed that the residence was being used to house and distribute large amounts of illegal narcotics. As a result of this investigation, it was believed that a large shipment was being expected at the residence on January 31st, 2018. A combined operation involving the Douglas County Sheriff’s Office Special Investigations Division (SID), the Douglas County Sheriff’s Office Crime Suppression Unit (CSU), Officers with Georgia Department of Public Safety and Homeland Security Investigations resulted in a traffic stop on a U-Haul truck that was believed to be making the delivery. The vehicle stop and subsequent search netted the arrest of a Pauling Gaunt Montana, age 29, of Villa Rica, Georgia who was found to be in possession of approximately 50lbs of hydroponic marijuana that was located inside the U-Haul. The marijuana was packaged in 50 separate heat sealed bags.

Based on the investigation and with the seizure of marijuana from the traffic stop SID Agents with the Douglas County Sheriff’s office were able to secure a search warrant for the residence located at 9103 Timmons Circle, Villa Rica Ga. During the execution of the search warrant Agents located approximately 10 additional pounds of hydroponics marijuana as well as Marijuana/THC “Wax” and “Butter”, a trafficking amount of cocaine, psilocybin mushrooms, a stolen handgun, and an amount of United States currency. Arrested at the residence was a Zachary Buchannan, age 23, and an Aleah Dianne Campbell, age 18, both residents of Villa Rica, Georgia.

Montana Gaunt was charged with Trafficking in Marijuana. 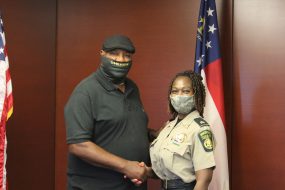 Sheriff Tim Pounds and staff would like to congratulate the following personnel on their recent promotions: Lt. Colonel T.... 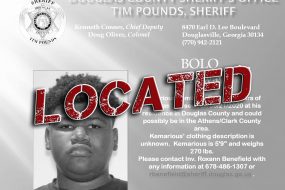 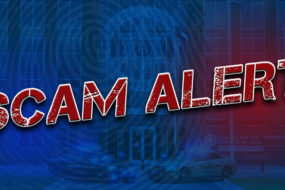 It has been brought to our attention that scammers have been reaching out to people and leaving messages for... 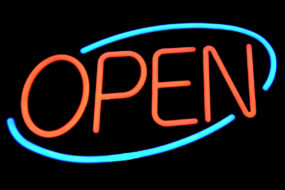